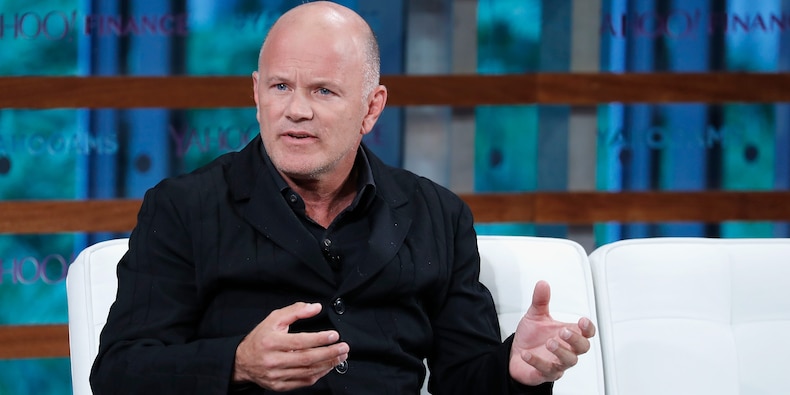 The JPMorgan boss has long been a bitcoin skeptic, and reiterated his distrust in the cryptocurrency on Monday, despite the bank becoming the first to give retail wealth clients access to crypto funds.

"So strange. For a man who has done a brilliant job running a giant bank, his answers around $BTC are sophomoric and he keeps doubling down on them," Novogratz said in a tweet late Monday. "I pray I stay open-minded my whole life."

Twitter CEO Jack Dorsey too reacted to Dimon's skepticism, saying: "I personally think that Jaime Dimon is worth more to bitcoin."

Dimon's comments were made the day bitcoin surged to a five-month high above $57,000, taking its year-to-date gains to 96%. Part of his skepticism is around the cryptocurrency's supply, which is capped at 21 million coins.

"How do you know it ends at 21 million [bitcoins]? You all read algorithms? You guys all believe that? I don't know, I've always been a skeptic of stuff like that," Dimon said, according to Yahoo Finance's Brian Cheung.

Most advocates believe bitcoin's finite supply serves as an inflation hedge, which has helped drive up its value. This argument has been bolstered since bitcoin's creation in 2008, as central banks have expanded the supply of fiat money in order to stick to their respective inflation targets, according to Standard Chartered.

Last month, Dimon said he isn't a bitcoin investor, as he doesn't care for it, and borrowing money to buy it is foolish. He said he wouldn't care even if its price increases ten times.

In 2017, he called bitcoin a fraud that's worse than tulip bubbles and said he would fire any JPMorgan trader who transacted in it.

Read More: A 'bitcoin maximalist' old school value investor breaks down why he thinks the cryptocurrency will hit $100,000 this year - and reveals the 2 altcoins he holds as speculative plays