Bitcoin protests in El Salvador against cryptocurrency as legal tender 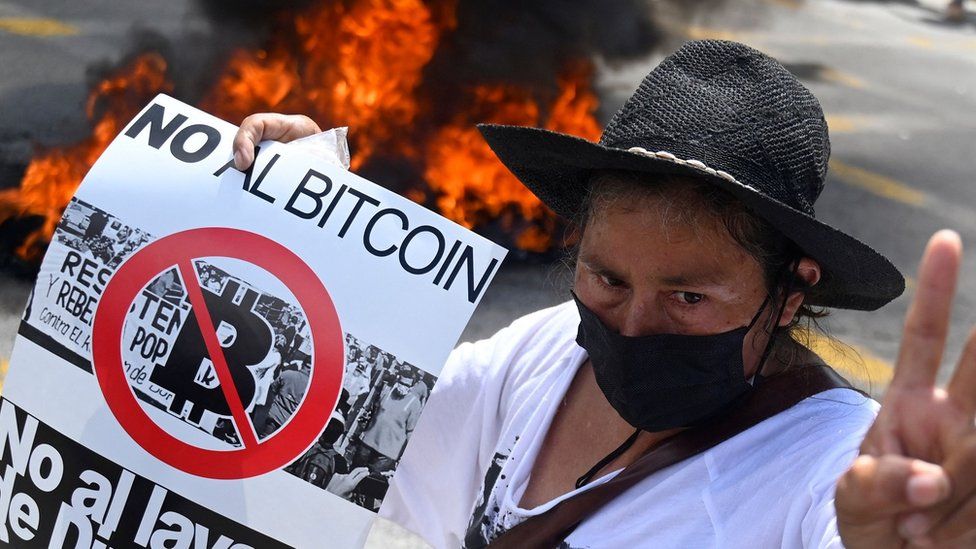 Thousands of protesters have taken to the streets in El Salvador, angry at the introduction of Bitcoin as its legal tender.

But demonstrators fear it will bring instability and inflation to the impoverished Latin American country.

Some protesters set fire to a brand-new Bitcoin machine, while others held signs reading "Bukele Dictator". 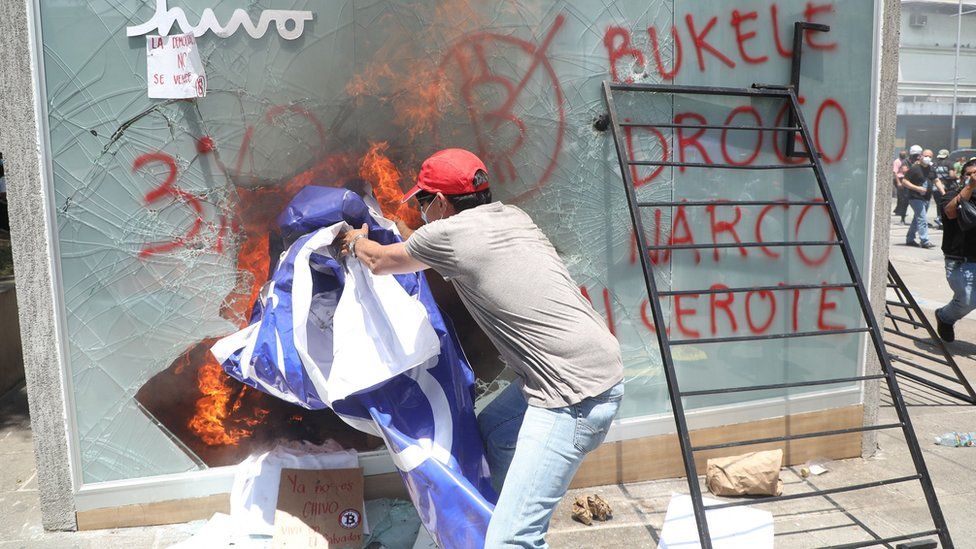 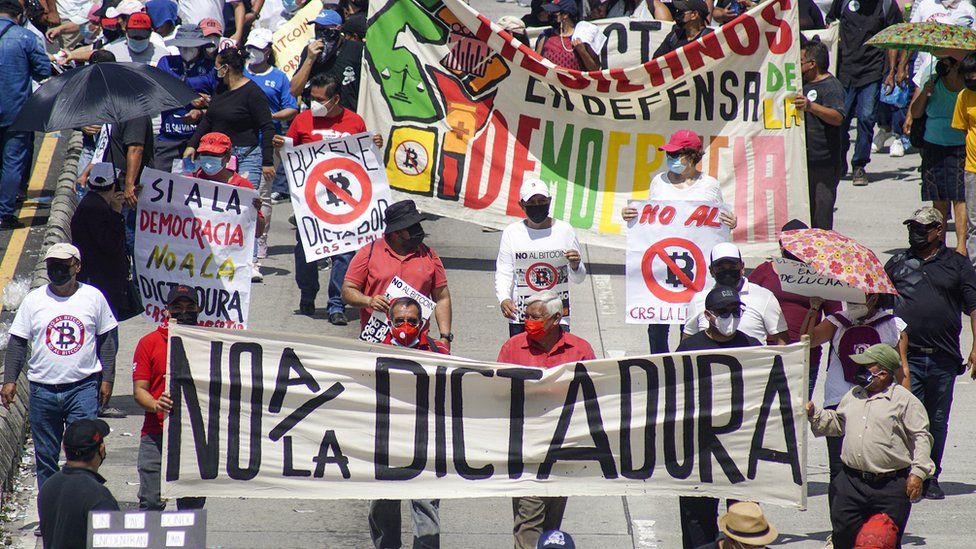 The demonstrators gathered in the capital San Salvador on the 200th anniversary of the country's independence, brandishing placards reading "No to Bitcoin" and "Respect the Constitution".

They accuse the president of using authoritarian means to tighten his grip on power.

Mr Bukele has moved to cement control over the judiciary which recently cleared him to run for office for a second successive term despite constitutional limits.

"It's important to say this morning: Enough already! What the government is doing is arrogant, it is authoritarianism," protester Dora Rivera told Reuters news agency.

But Mr Bukele still enjoys strong support in El Salvador, with a recent newspaper poll showing 85.7% of people approved of the president.