“Does Bitcoin Have To Have a 21 Million Coin Limit?”

“Why Does Bitcoin Have a Supply Limit and Can It Be Increased?”

“Here’s Why Bitcoin’s Supply Limit Will Never Be Increased”

If there's one thing truly looming over the Bitcoin industry right now, it's the supply limit. This is what determines the total number of coins that can be mined for any given cryptocurrency. But is Bitcoin's supply limit absolute, and should we be worried if it is?

Bitcoin's supply limit has always stood at 21 million coins. When the elusive Satoshi Nakamoto initially developed Bitcoin in 2009, they designed the source code to specifically cut off its supply at 21 million. But some cryptos have an infinite supply, meaning endless coins can be mined for years and years to come. So, why would Nakamoto set a limit on Bitcoin in this way?

To understand this, think of the value of gold. This precious metal is finite in its supply, which is one of the key factors that give it such a high value. It takes a long time for gold to be formed, so once a mine is depleted, you can't just go back for more. This was the idea that Nakamoto had when designing Bitcoin. By giving it a supply limit, it becomes more precious and more valuable.

A great way to make big bucks passively in the crypto industry is via mining Bitcoin. This involves both putting new crypto coins into circulation and validating blocks of transactions within the network to make it more secure. Both of these avenues can be highly profitable, with a reward of around 6.25 BTC currently being paid out to anyone who mines an entire block. To put that into perspective, 6.25 BTC is worth over $240,000, so it's safe to say that Bitcoin mining is a lucrative venture.

But there is an increasingly concerning issue associated with Bitcoin mining which is discouraging individuals from getting started with Bitcoin mining. As more and more coins are put into circulation, and more blocks are validated, the mining process gets that much harder. This is because, as the supply of Bitcoin edges closer to its limit, the chances of mining successfully decrease, as coins are scarcer.

What's more, as time passes and more coins are mined, the reward available for miners is continuously halved. In 2024, the mining reward for Bitcoin will fall from 6.25 BTC to just 3.125 BTC, and this is just another factor that hangs over the mining community.

On top of this, miners know that once the supply limit is reached, they can no longer make a profit mining Bitcoin. So, if this supply cap was increased or removed altogether, miners can earn rewards indefinitely, right?

Technically, yes. Making Bitcoin's supply significantly larger or infinite would mean a higher or endless number of coins could be mined. However, if this change were made, the price of Bitcoin would very likely plummet, and the market would face catastrophic consequences.

This is simply because, if Bitcoin's scarcity suddenly decreases significantly, a ripple would be sent through the industry, changing the way investors view Bitcoin as an asset. Again, you can go back to the gold analogy we used a little earlier to understand this. If gold suddenly became infinitely available, its price would absolutely plummet, as it would no longer be a sought-after precious metal. The same goes for Bitcoin. If it is infinitely available, it just doesn't have the same allure.

Of course, there are coins out there with an infinite supply that do have value, such as Ethereum. Which begs the question: why can't Bitcoin remain at its current value while being infinitely or significantly more available?

Why Bitcoin Can't Be Infinitely Available and Highly Valuable

It's important to remember here that Bitcoin and Ethereum don't work in the same way. Yes, they're both cryptocurrencies built on their own blockchain (though "Ether" is the name of Ethereum's native coin) and can be bought and sold, but the blockchains have different uses. While Bitcoin is seen as more of a store of value, the Ethereum blockchain is incredibly useful for all things decentralized.

The Ethereum blockchain is massively popular for developing dApps, new tokens, NFT collections, and other projects. In fact, it is viewed by many as the best blockchain in the world for its utilization of smart contracts. Gas fees, which are paid by users to compensate for Ethereum's immense computing power, are also payable in Ether and Ether alone, giving this coin another use beyond trading.

So, in short, if Bitcoin, a crypto primarily designed as an alternative currency, were to suddenly have an infinite supply limit, a price drop would certainly be seen. And, it's likely that it would never recover if this infinite supply cap was made permanent.

But let's be imaginative for a moment. If, by some small chance, it was decided that Bitcoin's supply limit would be increased, how would this be done?

If it was decided that Bitcoin's supply limit was to be altered, this couldn't be done with the click of a button. Rather, altering this cap would mean changing Bitcoin's source code, which is impossible because the code exists within a decentralized system, where no one user has total control over the network.

The Bitcoin blockchain itself consists of thousands of nodes, or connection points, all of which harbor the network's source code. Most of these nodes run using Bitcoin Core, the most frequently used software for connecting a node to the blockchain. But this isn't the case across the board, and many nodes run using an older kind of software.

So, if the supply limit was to be changed, every single node across the network would have to use a new type of software, which may prove to be a very tough undertaking. Moreover, altering Bitcoin's source code would cause a lot of tension in the community, with some believing that the change would be necessary, and others believing that such a change would go against Nakamoto's whole view on Bitcoin.

But there's a very interesting point here that many are unaware of, and that's the fact that Bitcoin's supply limit may never even be reached.

Firstly, it's been estimated that it'll take almost a hundred and twenty years for us to mine Bitcoin's total supply of 21 million coins. But even in this case, there's a stipulation that might prevent this from ever happening.

Within Bitcoin's network, arithmetic bit-shift operators round the decimals in mining rewards down to the smallest integer. Because this can happen whenever a block reward is cut in half, the total number of Bitcoin that can ever be mined will likely be just slightly less than 21 million.

But once the last Bitcoin is mined, what happens? How will the mining landscape change? Well, as you may have guessed, transactions will continue to take place on the Bitcoin, which will need to be validated, but this means that miners will then only get paid for processing blocks, not for putting new coins into circulation. This means that the average miner likely won't be able to make as much of a profit as they can now, which is obviously a concern for some.

While the idea of increasing Bitcoin's supply limit may be tempting to some, it's simply out of the question for a number of reasons. Though miners within the Bitcoin network can continue to make a healthy profit for now, time is ticking away, and we will certainly be seeing big shock waves sent through the industry when the last ever Bitcoin has been mined.

Why Can't Bitcoin be Staked? Will Bitcoin Switch to PoS? 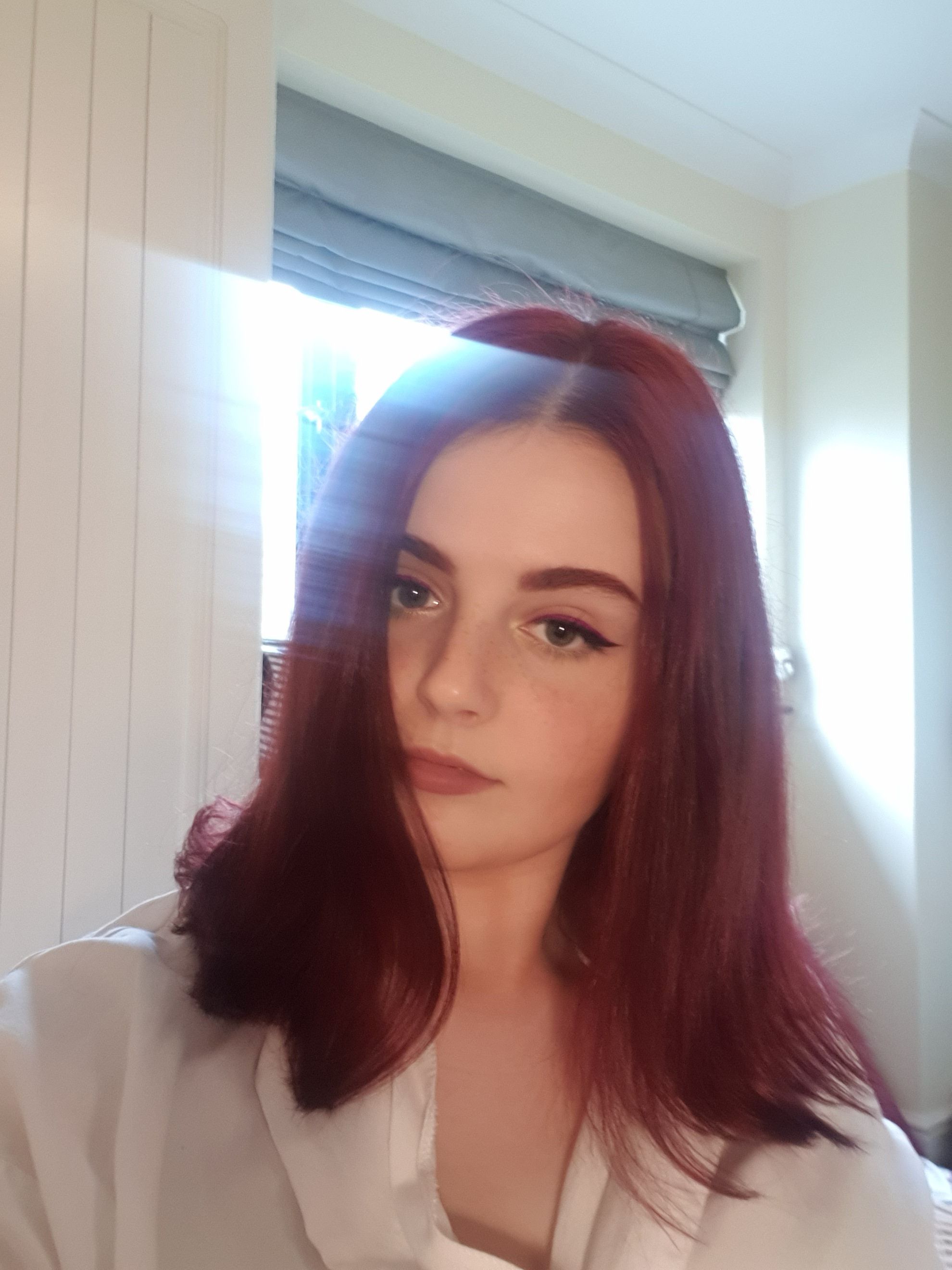 Katie is a Staff Writer at MUO with experience in content writing in travel and mental health. She as a specific interest in Samsung, and so has chosen to focus on Android in her position at MUO. She has written pieces for IMNOTABARISTA, Tourmeric and Vocal in the past, including one of her favourite pieces on remaining positive and strong through trying times, which can be found at the link above. Outside of her working life, Katie loves growing plants, cooking, and practicing yoga.