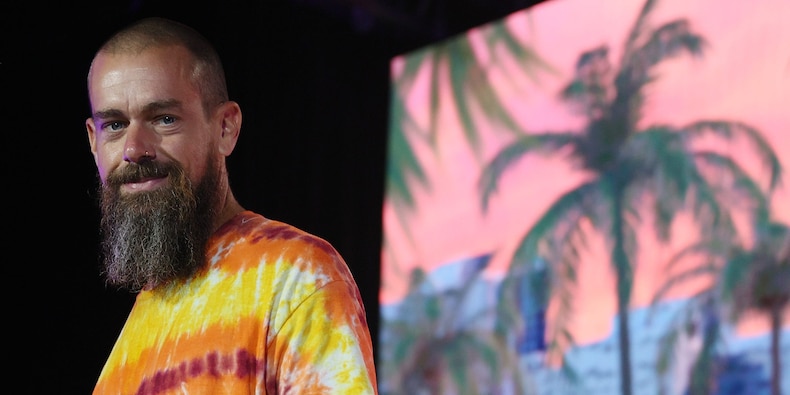 Jack Dorsey co-founder and chairman of Twitter and co-founder CEO of Square.

Jack Dorsey, one of bitcoin's biggest advocates, is planning to build an open platform to create a decentralized exchange for bitcoin through TBD, his new business venture, according to his tweet Friday.

A decentralized exchange is a type of cryptocurrency exchange that allows peer-to-peer transactions without the need for an intermediary.

Dorsey retweeted an original tweet by TBD project leader Mike Brock, who offered some direction on where the unit is headed.

"There's been a lot of speculation about what TBD is and isn't," Brock said in an eight-part Twitter thread. "We wanted to finally share our direction, and we have some questions."

First, Brock said his team believes that bitcoin will be the native currency of the internet. But the problem, he noted, is how trading bitcoin often involves exchanging fiat at a centralized and custodial service. He mentioned CashApp, a mobile payment service developed by Square, and Coinbase, the largest cryptocurrency exchange in the US, as examples.

"These on- and off-ramps to bitcoin have a number of issues, and aren't distributed evenly around the world," he said. "While there are many projects to help make the internet more decentralized, our focus is solely on a sound global monetary system for all."

This is what TBD aims to solve, Brock said. His team wants to make it easy to fund non-custodial wallets globally through a platform that builds on- and off-ramps into bitcoin. Think of it as a decentralized exchange for fiat, he added, one that is "bitcoin-native, top to bottom."

TBD, which was launched in July 2021, is a unit of Square, the payments firm Dorsey founded and where he is CEO.

It is unclear whether TBD is the name of Dorsey's latest venture, or if it represents an abbreviation of the phrase "to be discussed." It does have a Twitter account under the name TBD, though, with the handle @TBD54566975.

"As we said, this platform will be entirely developed in public, open-source, open-protocol, and any wallet will be able to use," Brock said. "No foundation or governance model that TBD controls. Permissionless or bust."

He alluded to cost and scalability as some of the gaps TBD is currently seeing, on top of the ability to create an exchange infrastructure that will allow transactions between other digital assets.