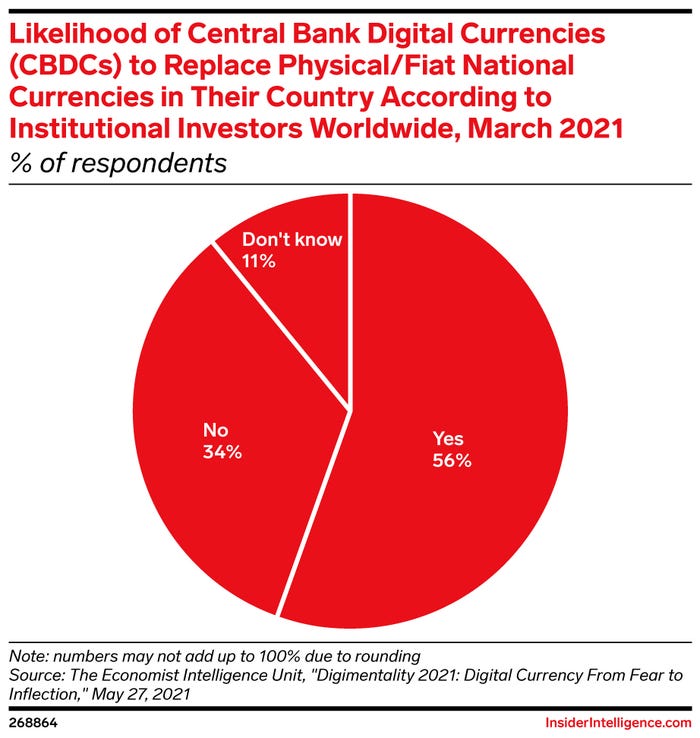 El Salvador became the first country in the world to make Bitcoin legal tender on Tuesday, which means businesses will be forced to accept it as payment.

Why Bitcoin? The country is seeking a quick solution to improve its financial system.

Our take on why it won't pan out this way: Using Bitcoin as legal tender will not effectively improve access to financial services in El Salvador.

We don't expect Bitcoin to take off as legal tender anywhere else. Other governments will focus on using central bank digital currencies (CBDCs) to improve their financial systems with blockchain technology.

Eighty-one  countries representing more than 90% of global GDP are exploring CBDCs, withemerging economies  leading  the race: The Bahamas and Cambodia are already at the implementation phase, highlighting that they see such digital currencies as a more viable route to financial inclusion than Bitcoin.

Deal icon An icon in the shape of a lightning bolt.

Sign up for notifications from Insider! Stay up to date with what you want to know.

More: BI Intelligence BI Intelligence Content Marketing Insider Intelligence - Finance Financial Services News
We use cookies to ensure that we give you the best experience on our website. If you continue to use this site we will assume that you are happy with it. Ok